Cheapham.com had the LDG S9v18 antenna for $35 and the ground plane plate for $25, so I got that with some RG213 and put up a vertical! Such better reception than with the dipole on the roof. I know the roof was absorbing most of the enery on the dipole, because reception wasn’t an issue, but getting out was. The dipole also always had a 1.3-1.5 SWR. The vertical however is awesome on 20m.

Once I ordered I read the instructions online and realized I didn’t get a 1:1 or 4:1 choke with it, and it was over the 4th of July weekend so I probably wasn’t getting one quickly. I decided I could probably make one. I bought 500 ft of stranded black 14awg wire to attach to the radial plate and made 16 13.5ft radial wires. The ground plate came with the hardware including crimp rings for the radials. I soldered them as the instructions said to.

The vertical requires a 2ft 3⁄4” galvanized pipe hammered 12” into the ground. Did that then installed the radial plate and radials, securing the radial wires with some yard staples. Then installed the vertical, which was extended and slipped over the pipe. With the S9v18, 3⁄4” was about as big as you could get. In order to test with the radio I coiled up the feed line in a sort of ugly balun. It worked, but the SWR was pretty poor (1.7+) across all bands (6-20).
I ended up building a 1:1 choke unun based off of a couple sites I read. Using this circuit diagram:

I was able to build a simple choke unun: 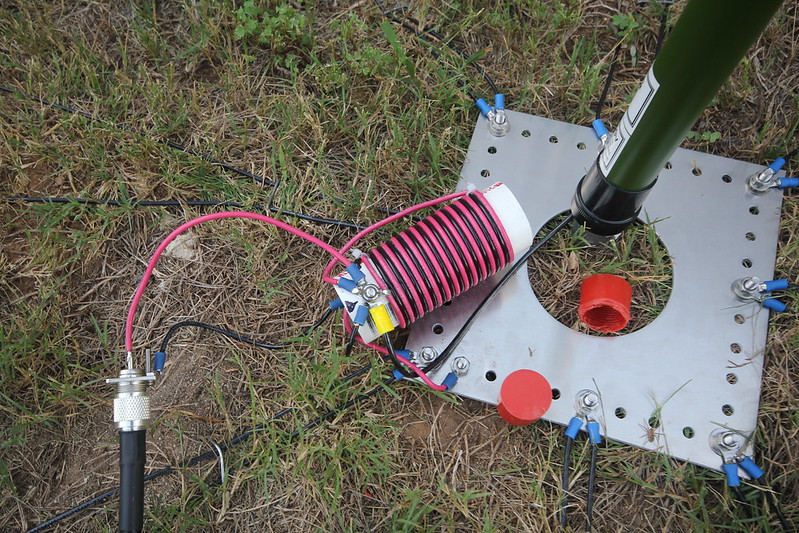 You can see the ground plate and hardware too. I’m able to get 1:1 SWR with that choke on 20m. Full 90-100 watts out at 1:1 SWR. I’ve been getting comments that my PSK signal is the brightest. I was also able to set a new personal DX best of Bosnia and Herzegovina at 5900 miles. I had almost no problem getting through some of the 13 Colonies special event pile ups either.
I am very happy with this setup. 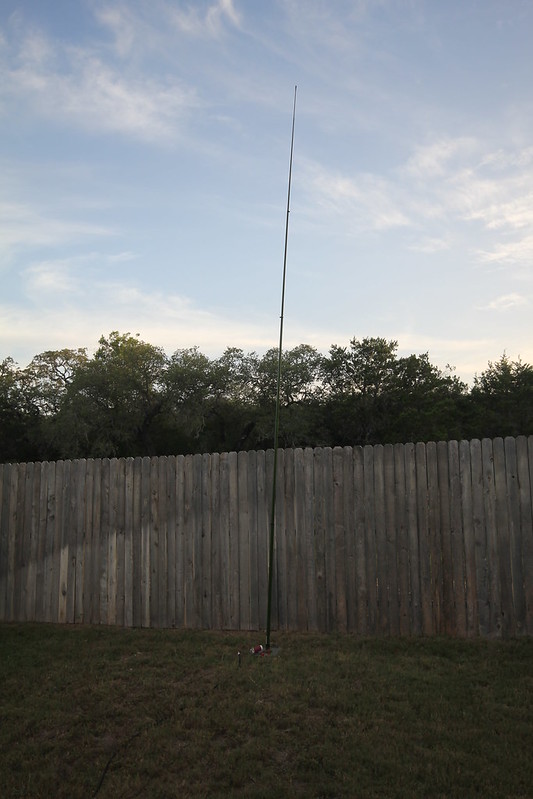 ← Elecraft KX3 Got My General Ticket →